After a lot of hesitation I finally started buying a wifi repeater! (And not a repeater)

So far I hesitated because I had read a lot of more or less serious articles about the harmful side of wifi waves. The CPL has no better reputation in the matter quite the contrary although much more reliable level stability and flow.

I was still great defender of the CPL when we could not embark on a complete ethernet cabling.

It is clear that connected mobile devices multiplying it is almost necessary to be sure that all his home is well covered by the wifi.

The price of WiFi repeater is not especially affordable I think. I was waiting for a promo to appear before I start.

I first ordered a devolo repeater because I’m a fan of this brand for the CPL but Amazon has a little messed up the order and I have lost the promo.

So I followed the advice of a site and tried the Belkin F9K1015az repeater. First of all, the beast is discreet. First good point. He puts himself on the socket simply and a light indicates the status of the wifi.

Very small, it takes a little less space than the electric wall outlet. Obviously with this small size it does not shock at all and fits well in its interior.

Nothing’s easier. When you connect it with your smartphone or pc you just connect to the new wifi network and a web interface will direct you to the configuration of the wifi.

The interface shows you the detected wifi around the Belkin F9K1015az wifi repeater.

All you have to do is select your wifi and enter the password.

You are then connected to the wifi network in an extended way. Good point for the Belkin F9K1015az: it shows you the signal strength of the surrounding networks.

The belkin network then takes the same name as your usual network. When you move into your home your smartphone connected device or other will automatically choose the most suitable wifi network. For you it’s transparent you just have to choose the wifi network with the usual name you had before on your wifi router. Let’s be clear after several days of testing I never had a problem the switch between the two networks is very good and transparent. My where before I only had one wifi bar going through the repeater I have a 100% signal strength in this area now.

The most important: the flow rates and descending.

You should know that if you have 100% of the signal strength it is up to the Belkin F9K1015az wifi repeater that after being in a less covered area that if it was next to the router will have less signal. But let’s do the tests.

Without the wifi repeater 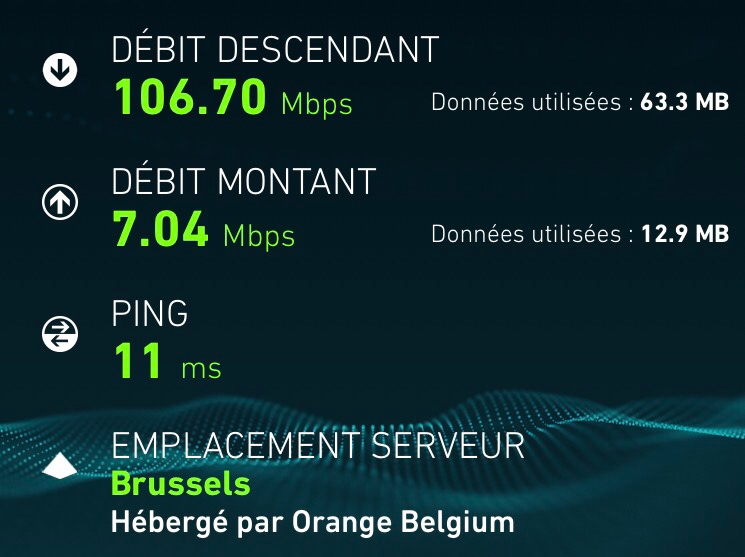 This test has been done next to the router.

With the wifi repeater 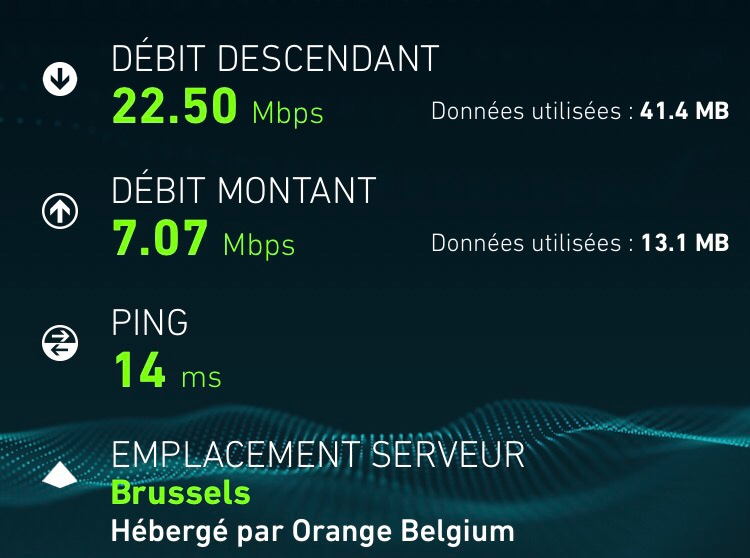 Result rather correct knowing that at this location before I turned between 0.5 and 1 mbps downflow.

So very positive balance for this small box and the price. I was pretty disappointed before the brand for routers. Here the Belkin F9K1015az wifi repeater is very reliable and surely good value for money even off promo.